When Jacob Wetterling went missing in 1989 one of the first thoughts police had, was to track down all the local violent sex offenders in the area to see if they could be potential suspects. But this was easier said than done because back then there was no centralized database for this sort of thing. Jacob’s case went unsolved for decades and his mom always wondered if her son fell through the cracks of a system without enough regulation. So, she worked to set a precedent that would require all sex offenders to be registered. Though, she would later go on to regret that work. Sketches that were combined in efforts to identify Jacob’s abductor 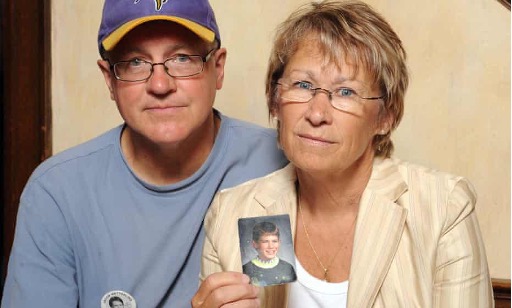 Jerry and Patty Wetterling holding a photo of Jacob Jacob at his birthday party