Pruppets of the Month: Eva & Daisy Today we have a very special pruppet named Eva submitted by her mom Louisa. Louisa had been wanting to adopt a dog her entire life, but for a bunch of different reasons, it just was never the right time. And to be fair, I can vouch for them being different, but dogs are kind of like having kids. There is never a perfect time. But honestly, this comes pretty close.

Lousia had just ended a toxic, and at times abusive relationship a couple of years earlier, and had finally been dating the first great guy she had dated since her super bad relationship, only to have him break up with her. She had moved for what she thought was her dream job, but had turned out to be a nightmare, and she just felt like nothing in her life was panning out. As she found herself increasingly depressed, she did what i think a lot of us do… look at pictures of dogs on the internet. And she came across this beautiful pit mix at a local shelter and KNEW that this was her dog.

She contacted the shelter and lined up a meeting for later that week. Eva was 5-6 years old at the time and was rescued from Tijuana and it was clear that she had been used for breeding and had had several litters of puppies already. She had been living on the streets, and when she was taken to a vet by the rescue, it was discovered that all of her teeth were broken, and many even had to be removed. Based on the damage, the vet speculated that she broke her teeth while being caged, as she likely tried to bite her way out through the metal wires. Later, they found out that not only did Eva have a BB lodged in her abdomen, she also suffered from, and will continue to live with pre-mature arthritis, and a tickborne illness. Louisa was able to take Eva home the very evening they first met in the park. Despite having only known each other for a few hours, Eva immediately hopped on up on the couch with Louisa and cuddled up right next to her, and they’ve been inseparable ever since.

Despite all of her health troubles, Eva is the sweetest, happiest dog, loves kids and babies, and greets every person she meets with a wagging tail and a request for pets. Even though it can be painful for her, she LOVES playing with other dogs! Louisa has done everything in her power to give Eva the best life possible, not only because of Eva’s rough start but because even though Lousia adopted her on paper, Eva is really the one who rescued her. Ashley, this listener actually contacted you directly about an adoptable pruppet and you were kind enough to forward on the info to me! So today’s adoptable pruppet is Daisy. She is a 4-year-old German Shepherd Husky mix. She’s super calm and is the perfect lazy house dog. She’s around 70lbs but could stand to lose a few pounds. She’s super sweet, friendly, well-behaved, and is even house and crate trained! Our listener Jo is currently fostering Daisy and needs to find her a home as soon as possible! Jo lives near Atlanta, Georgia, and said she would be willing to help transport and even send some supplies with Daisy to her forever home! If you’re interested please contact Jo for more information! 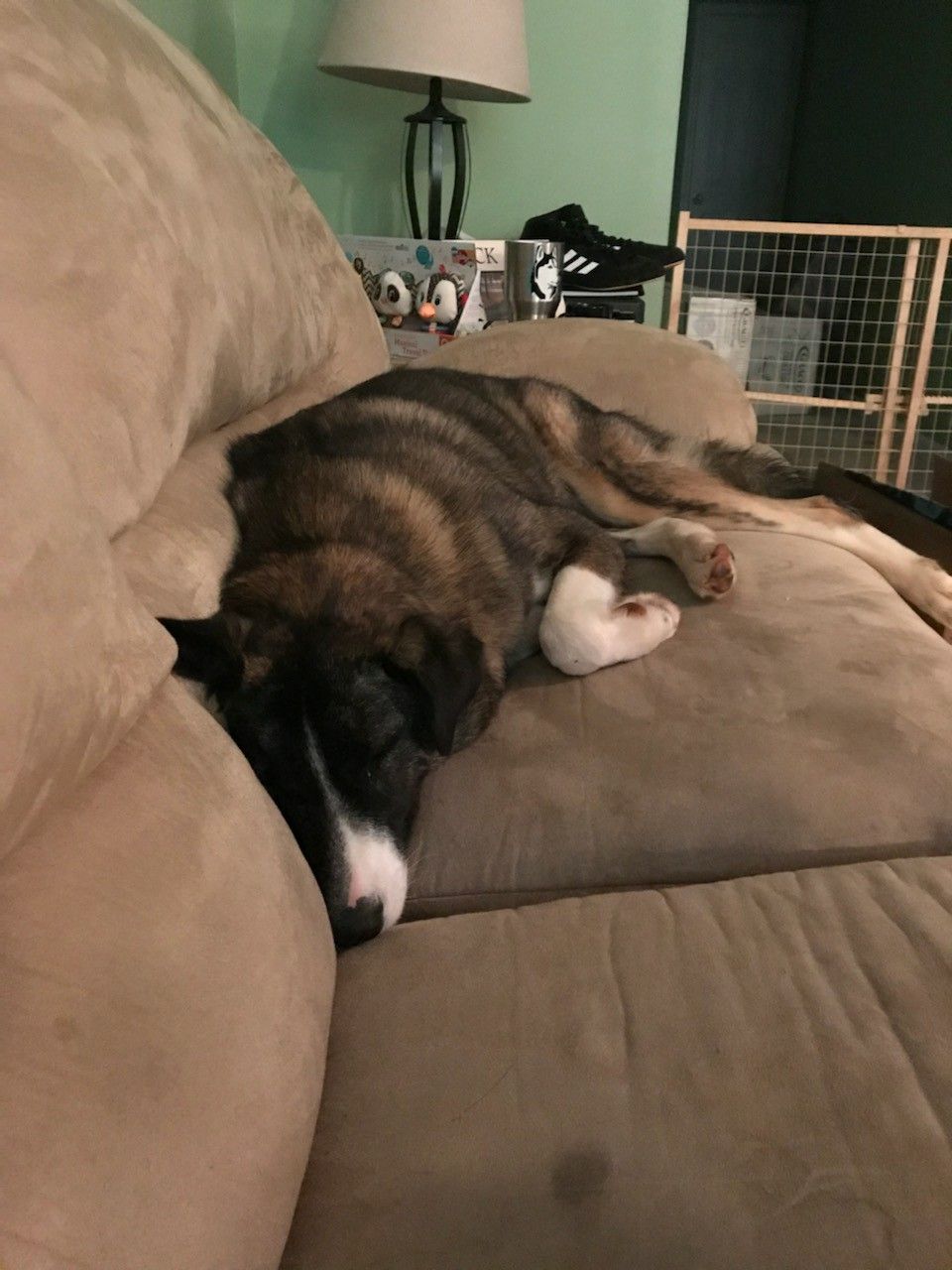 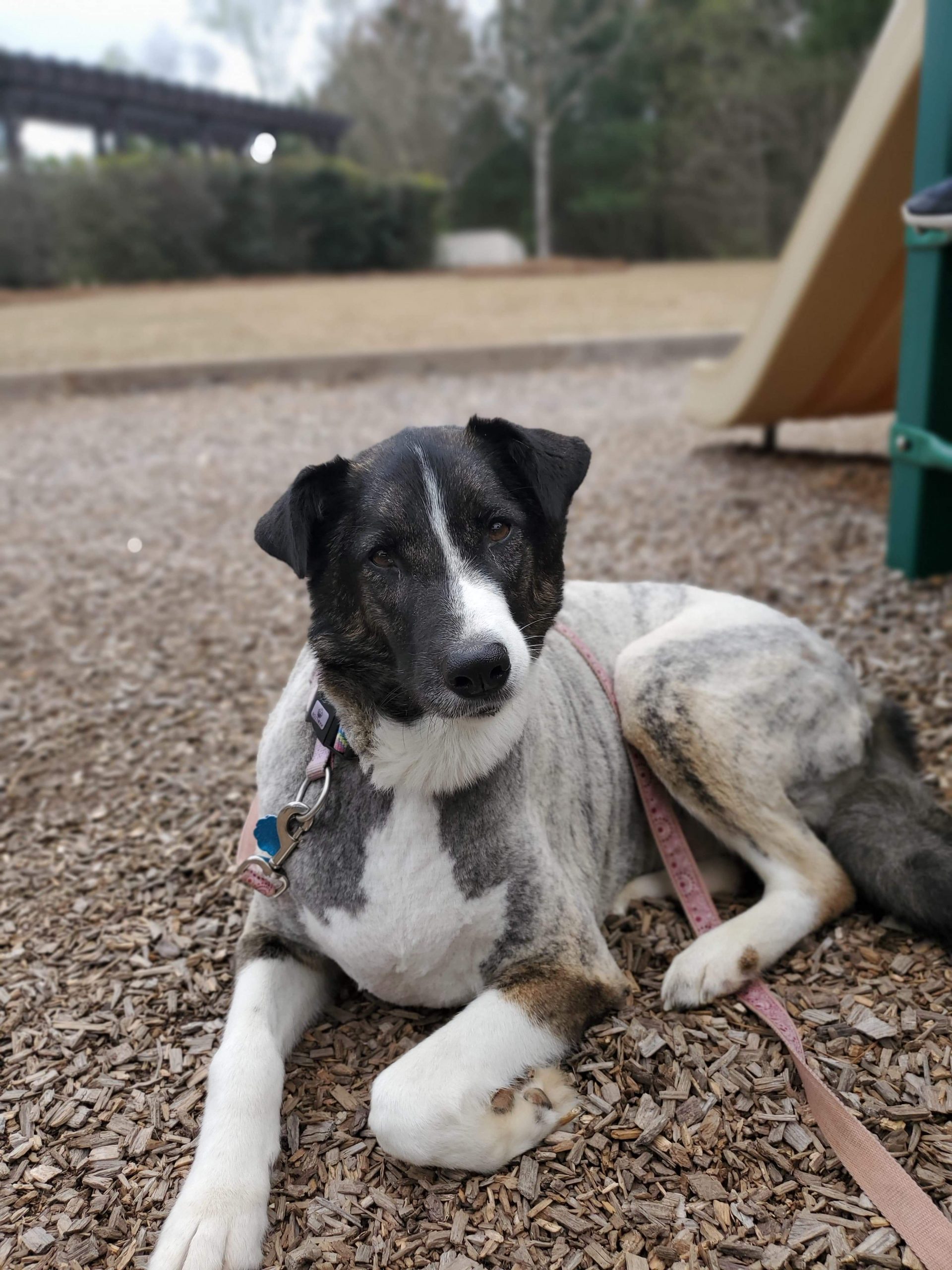