Pruppet of the Month: Pippo

Pippo’s Story as told by his mom, Stephanie:

In 2009, our family experienced the sudden lose of two members of our immediate family, three months apart. Those deaths turned our family upside down, and we were in some serious need of cheering up. So the following year, I made the executive decision to to march down to the humane society, and I walked out with a little black and white puppy. I brought him home, with a long mentally prepared speech, ready to defend him. But the second I brought him through the door, he won everyone over immediately, without any need for help from me.

His name is Pippo, pronounced pee-poe (we decided to let my Italian grandmother pick the name, and that’s what she landed on for some reason). He’s now an 8 year old pointer mix. who seems to have never had a thought in his brain, poor dumb thing. Though, when I call him dumb I mean that in a good way. He’s gawky and awkward with his long legs and uncoordinated movements, and has zero consciousness of it. He is just a happy-go-lucky pup, constantly oozing love and affection, and not a single malicious bone in his body. He insists on being pet any time you have a free hand, and will gladly sit all 70 pounds of himself on your lap without hesitation.

Pippo is a reminder that joy is simple and love, at its core, is the easiest thing in the world we can do. He was exactly what our family needed, acting as a guiding light, that led us out of a really dark time. Even though he had no clue which way he was going. 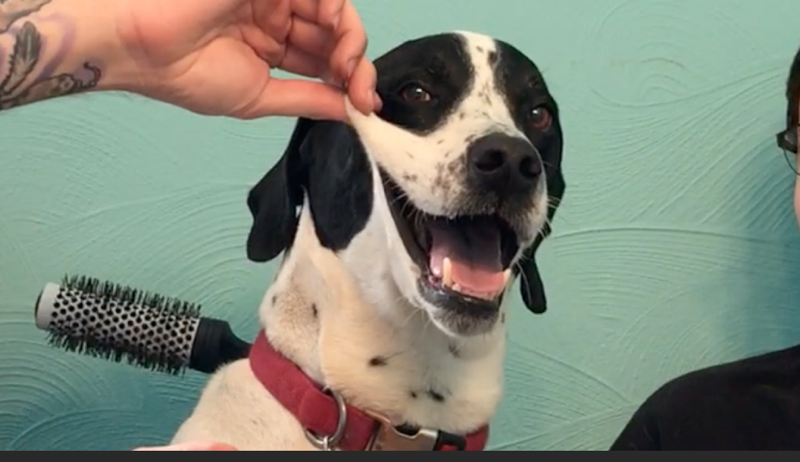 Ashley and Pippo the Hippo!