For our 5-year celebration episode, we take a look back at the impact Crime Junkie has made. From funding DNA testing to solving crimes, nothing would have been possible without the support of everyone who has tuned in every week for the last 5 years!

To learn more about National Crime Junkie Day and the organizations we have supported over the years, click here!

If you want to donate directly to help solve cold cases, you can visit the website Season of Justice. Law enforcement, victims and families can also submit grant applications on the website for funding!

Check out our full episodes for more information on the cases you have helped make a difference in:

If you have any information about the death of Steven Lee Knox, you can call the Snohomish County Sheriff’s Department tip line at 425-388-3845.

If you have any information about the death of Steven Gooch, you can call the Flathead County Sheriff’s Office at 406-758-5600, or submit a tip online at flathead.mt.gov.

If you have any information about Alicia Navarro’s disappearance, contact the Glendale Police at 623-930-3000, or the Anti-Predator Project at 305-796-4859. Or you can email your tip to [email protected].

If you have any information about the murder of Owachige Oseola you’re asked to call the Norman Police Department in Oklahoma at 405-366-5208.

Please join us in writing a letter to the Oklahoma Attorney General’s Office calling for a formal independent review of the methodology used during Owachige Osceola’s autopsy.

Below you will find a prompt you can use and the address to send the letter to.

To Whom It May Concern:

I’m writing in regard to the criminal investigation related to the mysterious death of Ms. Owachige Osceola in September 2013, which is being conducted by the Norman Police Department.

As you may be aware, Ms. Osceola’s cause and manner of death were classified by the Oklahoma Office of the Chief Medical Examiner as “undetermined” despite credible evidence that she was intentionally strangled to death in the bedroom of her apartment.

After hearing concerns expressed by Norman Police Department investigators working this case and closely listening to details about the criminal investigation into her death as reported by Audiochuck Podcast Network’s “Crime Junkie Podcast,” I’m deeply troubled that the medical examiner’s office has been unwilling to reconsider its original ruling — directly hindering further investigative efforts to pursue justice for Ms. Osceola and her loved ones.

I implore the Oklahoma Attorney General’s Office to reexamine evidence in this case and to insist that the Office of the Chief Medical Examiner consider that Ms. Osceola’s death was the result of a homicidal act. I also kindly request that this office publicly publish its conclusions in the matter. The composite sketch of the suspect in Lawrence Indiana, who has now been convicted and identified as Darrel Goodlow. The Flathead County Doe who has now been identified as Steven Gooch. 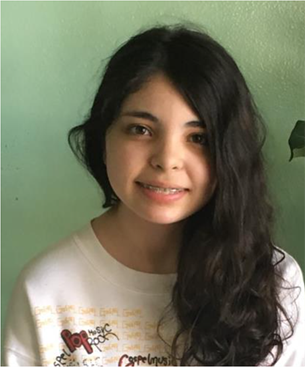